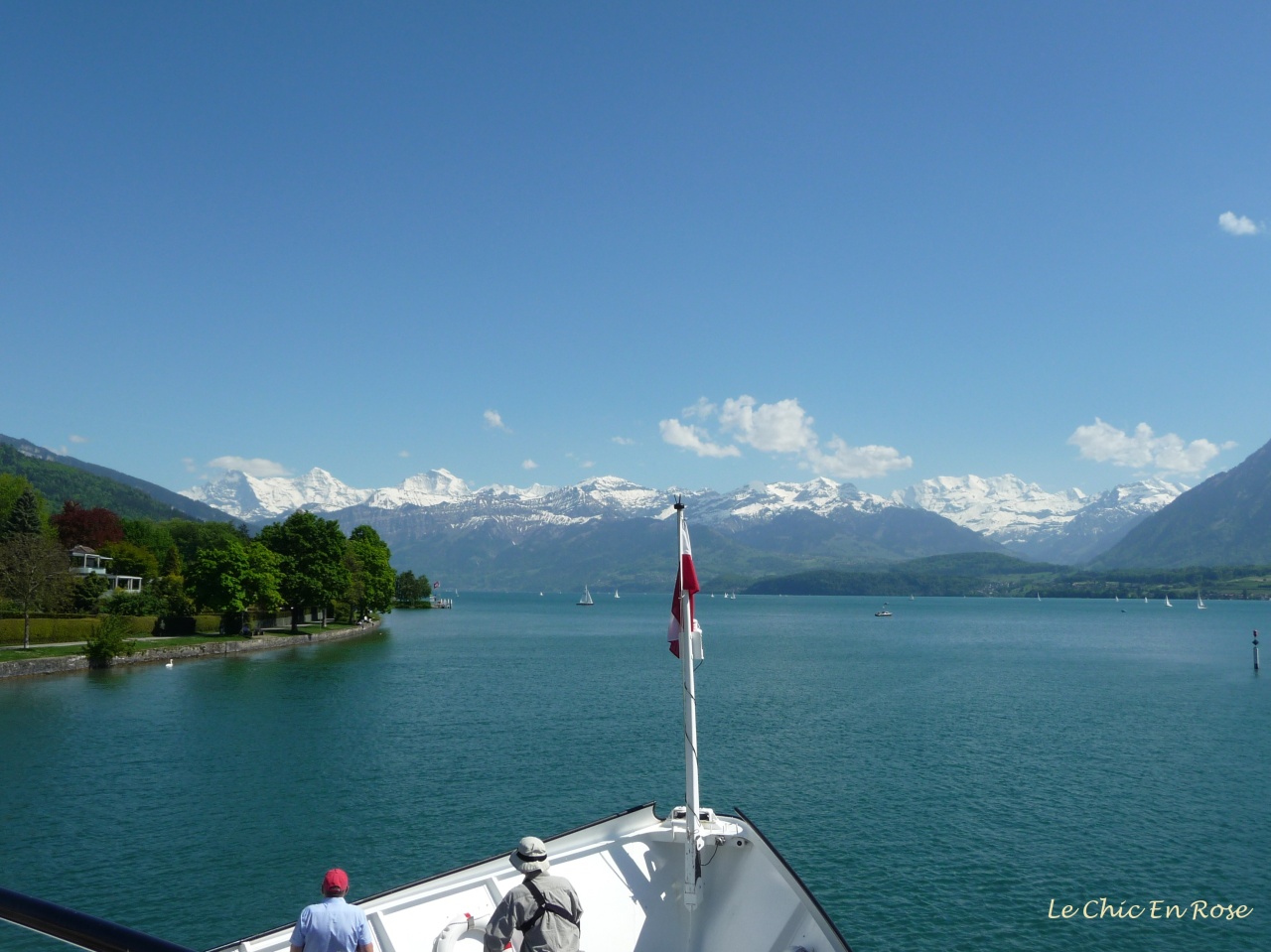 The Thunersee  (Lake Thun) area is simply stunning and has drawn us back on more than one occasion. I blogged about a previous visit there a few years ago (here). Set amongst the snow capped peaks of the Bernese Alps, it has a timeless appeal and an ethereal beauty. 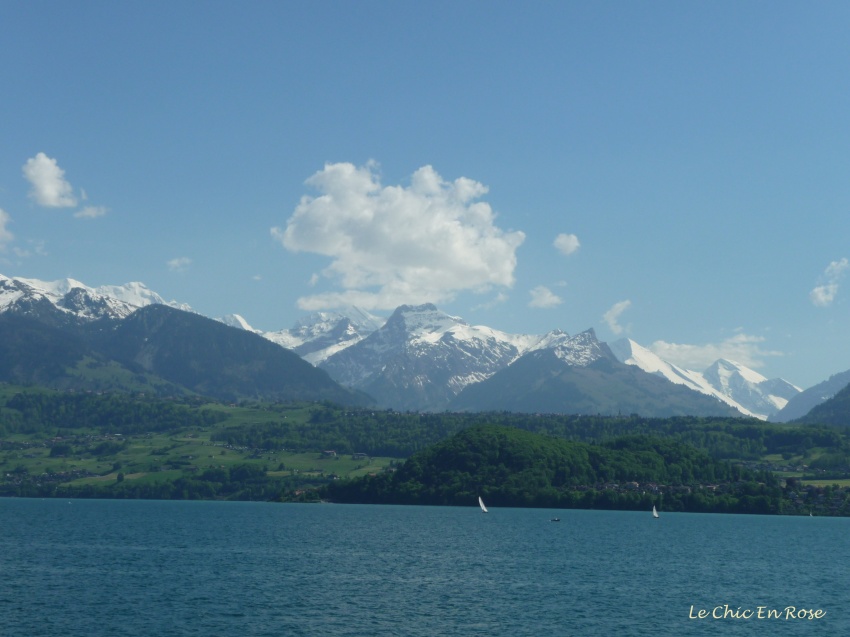 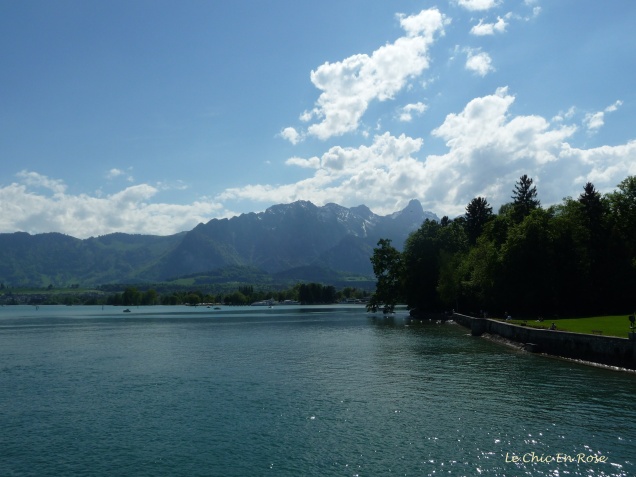 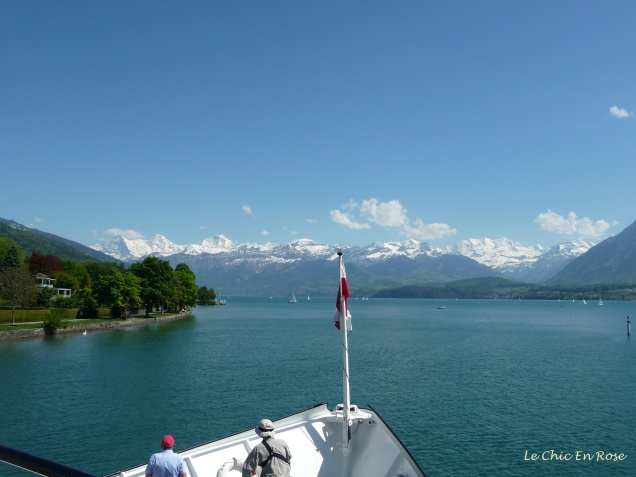 Having settled into our holiday apartment by the marina in Spiez (see last week’s post here), we decided a late afternoon cruise on the lake was in order.  Our Swiss Passes covered the cost of the journey. Having done a fair bit of research into this, I’d definitely recommend this option rather than paying as you go for each individual journey in Switzerland, as it will save quite a bit of money.

We headed off on the historical steamer, Bluemlisalp, towards the city of Thun that lends its name to the lake. The lovely old steamer, from the Belle Epoque era, has been beautifully restored preserving the ambience of the old with the modern comforts we expect today. She sails only during the summer season, which luckily for us included May! 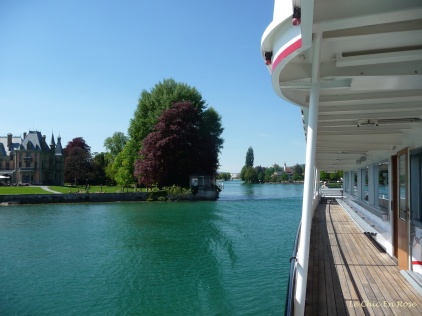 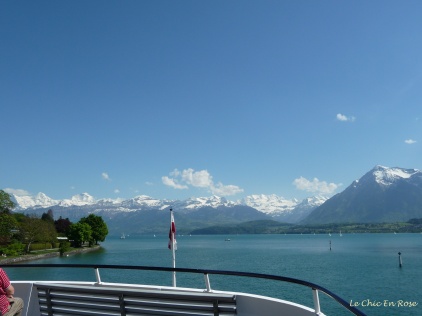 Out on the lake

We sailed around the lake for about 45 minutes admiring the breathtaking scenery and enjoying the crisp mountain air before turning to go up the channel towards Thun. 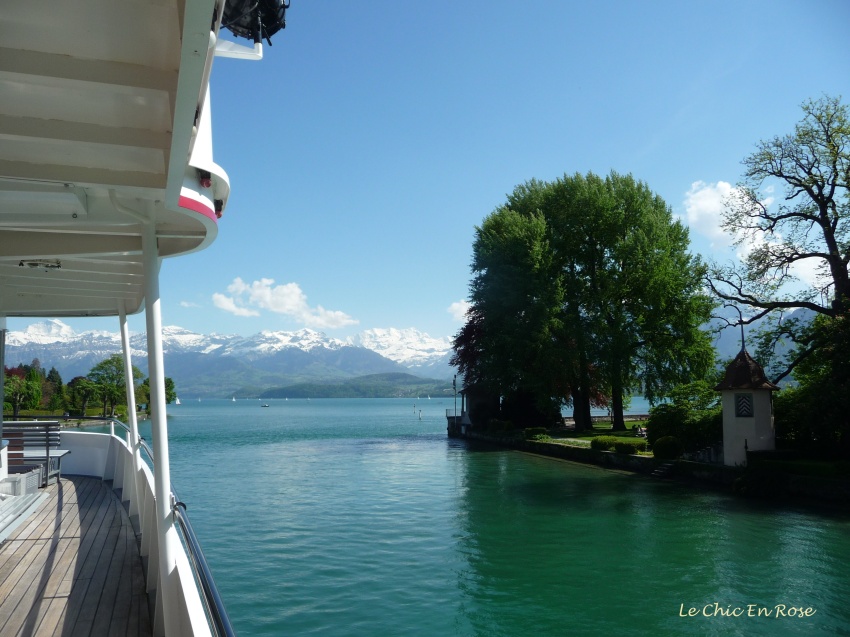 Heading up the channel to Thun

Buildings by the lake 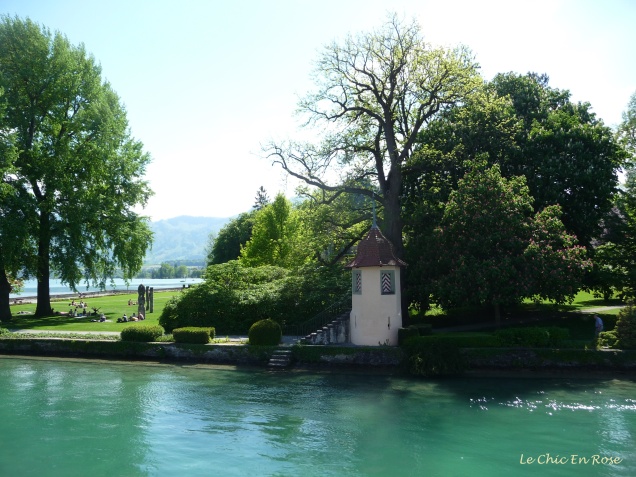 The lake heading up to Thun

We were enchanted with Thun from the first time we visited there a few years ago. With its historic Altstadt, wooden timbered buildings and the River Aare gushing quickly under the old bridges, it is reminiscent of the better known Lucerne. However it’s not on the tourist trail in the same way. The large tourist groups “do” Lucerne and Interlaken and whilst you’ll see plenty of backpackers round Thun station, the vibe is that of a bustling Swiss town mainly full of locals going about their business.

Historic buildings by the River Aare in Thun

We stocked up with provisions at the small Co-op supermarket near the ferry quay and then headed down the pathway by the side of the river towards the main square. The little bar, which we had visited on a previous trip, was still there and we settled down for an early evening drink watching the world go by. Since time was drawing on, we headed back to the ferry quay in time, we hoped, to catch the last ferry back to Spiez. The best laid plans though… the next one wasn’t due to depart till the following morning. This being Switzerland, the problem was quickly resolved. We just crossed the road to the main station and caught the train back down to Spiez – a 10 minute ride away. 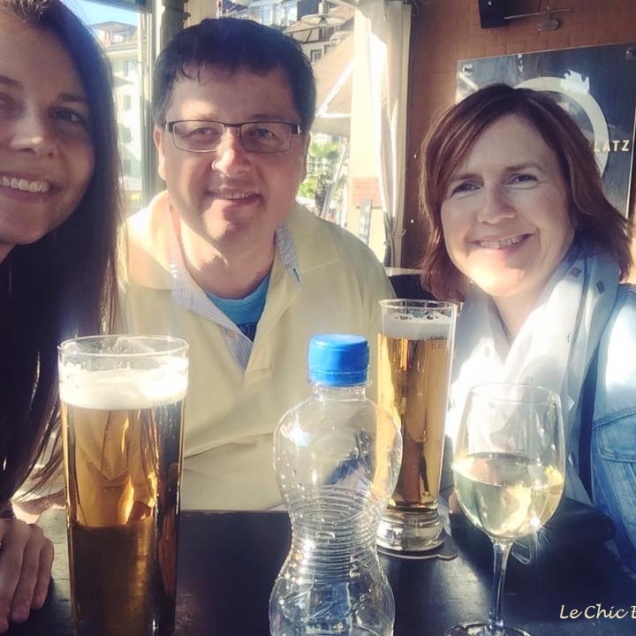 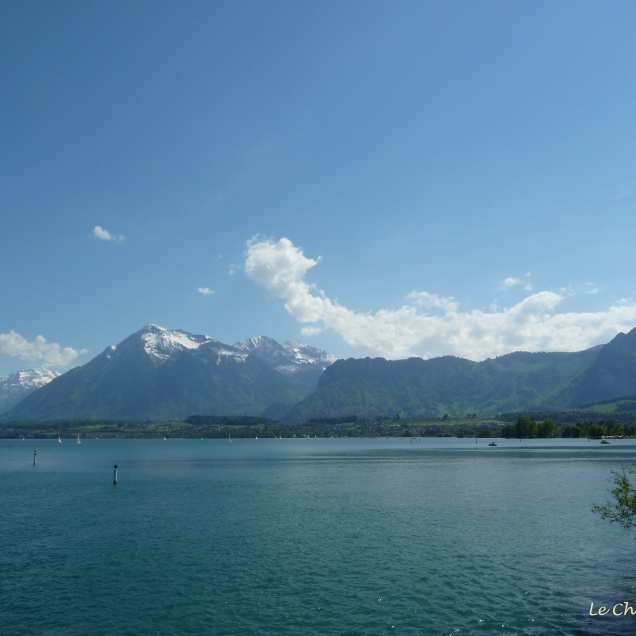 I’ll be writing more about Thun in future posts but next week we’ll head off on a day trip up to Zermatt and Gornergrat!

18 thoughts on “Lakes and Mountains – Thunersee” 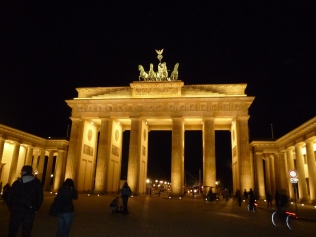