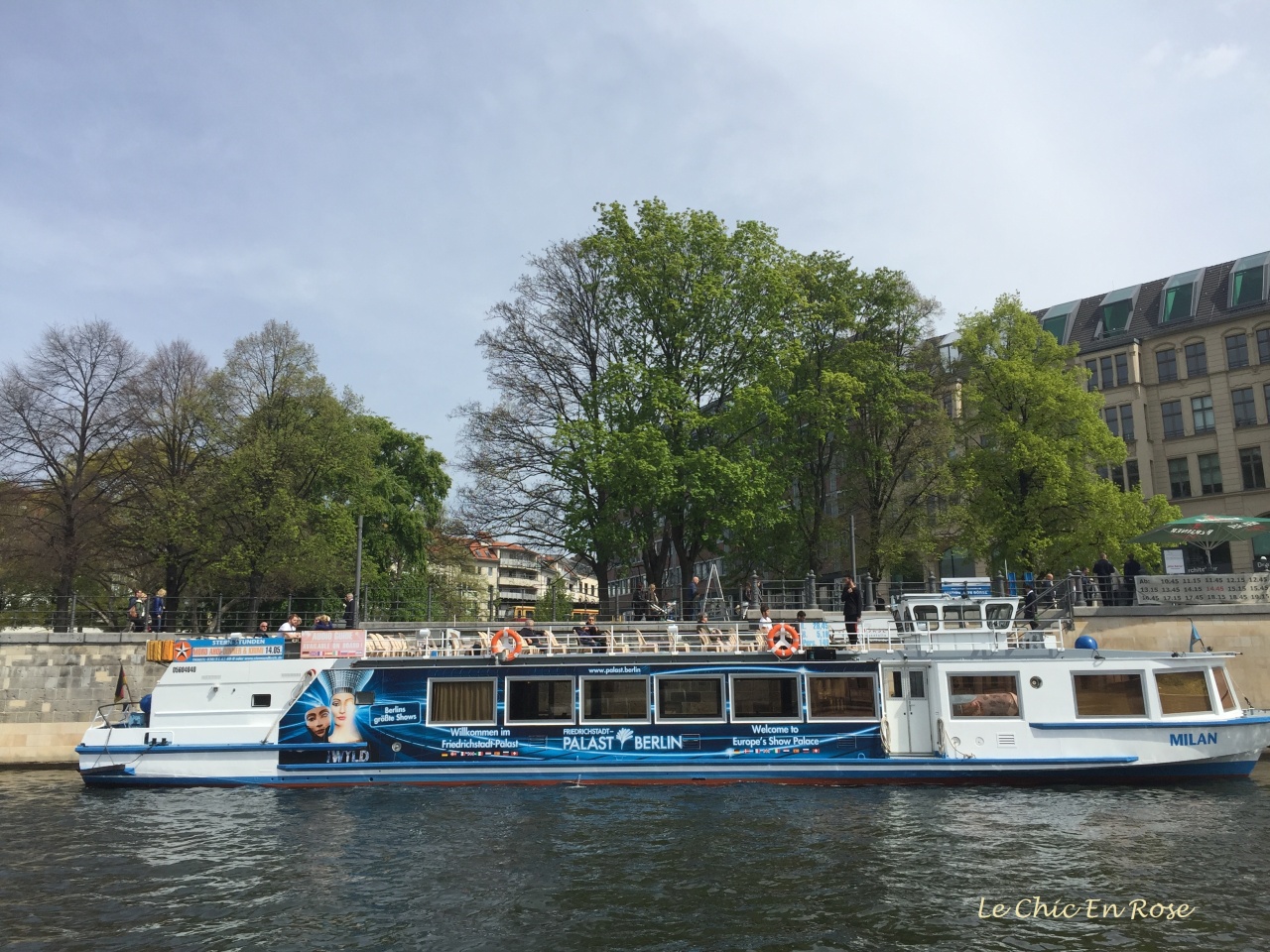 Apart from taking a walking tour (see here and here for more details ), another great way to see Berlin is by taking a river cruise. We hadn’t done so on our first trip to the city so were keen to make amends this time.

There are a large number of pleasure boats cruising along the Spree and the main mooring point was on the river bank opposite the Berliner Dom literally a stone’s throw from our hotel. They all seemed to be offering a similar tour – about an hour up and down the river so we hopped on board the first boat in the “taxi” queue and took our seats.

Cafes and Restaurants Along The River Spree

On The River Spree Le Chic En Rose and Monsieur

We had an entertaining guide who talked us through the sights in both German and English whilst we sat back with a couple of drinks admiring the view. We couldn’t have picked a better day – it was a glorious sunny spring afternoon with a gentle breeze. It’s a fascinating way to get a feel for the city and the contrasts and heritage of the place.

We started off back tracking towards what’s left of the old medieval heart of the town sailing past the Nikolaiviertel  (Nikolai Quarter) at a leisurely pace. I’ll be doing another post on this area in due course but for now by way of a preview some photos.

We glided back to the bridge, passed the Berliner Dom to our left and caught sight of some of the museums, which make up the famous Museum Insel (Museum Island). 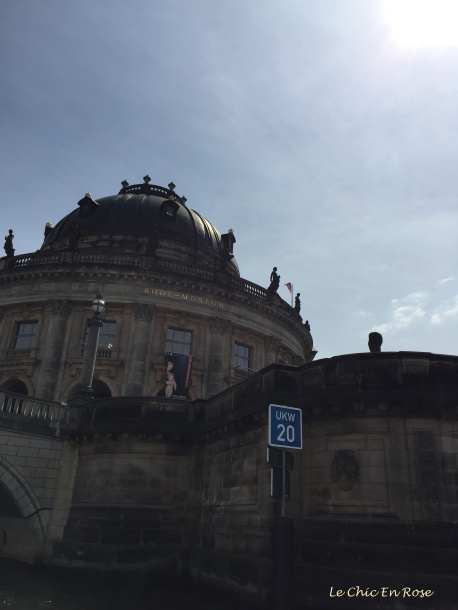 We sailed past the Government Buildings including the impressive Reichstag (see here for an earlier post about our visit there during our first Berlin trip). We also had a good view of Angela Merkel’s private balcony complete with greenery in case you are wondering why I zoomed in on a rather nondescript concrete office block!

Reichstag Buildings Coming Into View from the Spree In Berlin 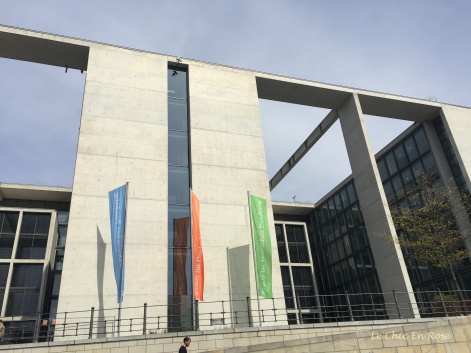 Turning a bend in the river we had a stark reminder of Berlin’s divided past with the White Crosses Memorial (Weisse Kreuze) coming into view. This poignant tribute is located on the river bank near the Reichstag building as a memorial to those killed trying to flee into the west from the GDR. The white wooden crosses are marked with the names of 13 people killed, mainly between 1961 – 1965, and a further one is a tribute to the unknown victims.

The Spree marked the boundary between the eastern borough of Friedrichshain and the western Berlin one of Kreuzberg. Between 1949 and 1989 these two places, so close geographically, were a world apart from each other in a divided Berlin. Our guide told us with great sensitivity some harrowing stories of children falling into the river and no one being allowed to rescue them for fear of being shot at by the East German patrol guards. It was a sobering reminder of the contrasts and complexities of Berlin.

On a happier note the sunshine had brought out many people enjoying a spot of sunbathing by the river. The pretty greenery of the Tiergarten came into view along with cafes lining the river and our guide turned his microphone off at this point (not that it had been intrusive) and let us enjoy the rest of the cruise at our leisure. Amongst other places of interest we came across the Haus der Kulturen den Welt (House of The World’s Cultures), which is Germany’s national centre for the promotion and discussion of international contemporary arts (housed in what was formerly called the Kongresshalle). All too soon we arrived back at our starting point. We had thoroughly enjoyed our jaunt along the Spree and disembarking headed off to enjoy some afternoon tea in the sun. 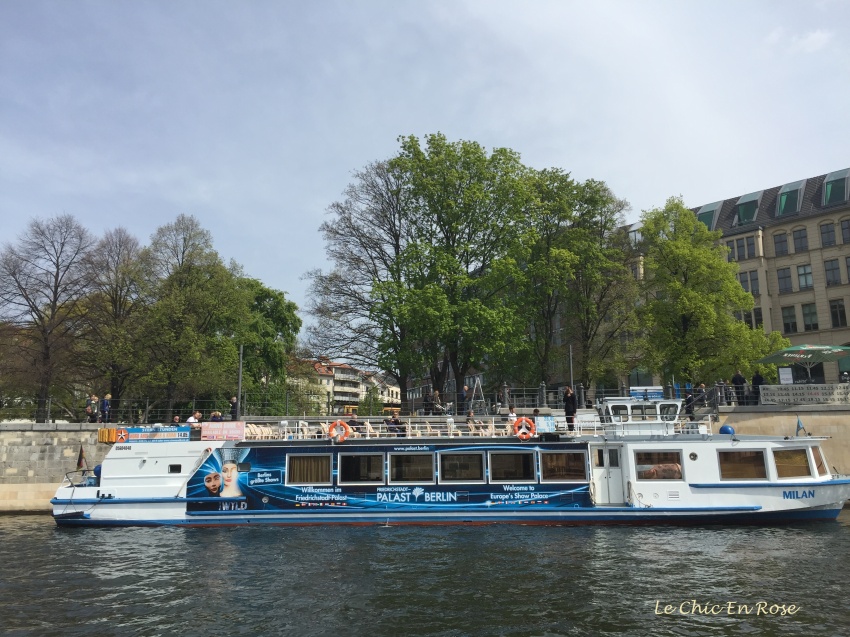 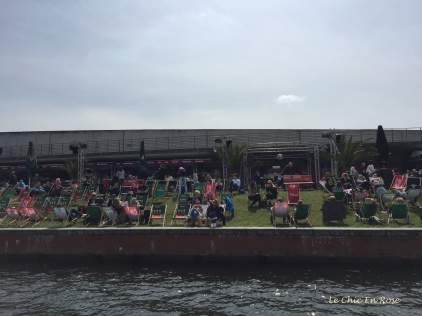 Banks Of The River Spree Berlin

Moltkebruecke – One Of The Bridges Crossing The Spree

I’ll be continuing the Berlin series in the New Year. With Christmas approaching and our younger daughter, Mlle, arriving from London for a 3 week visit later today, the blog will have a mini hiatus. I’ll still be coming on here though from time to time and will try and post some “#justanotherdayinwa photos” as we’ll be going out and about a fair bit over the next few weeks. In the meantime wishing everyone a very happy Christmas and very best wishes for 2017! Thanks for reading Le Chic En Rose – I value the support and blogosphere community very much!

Cruising Along The River Spree Berlin 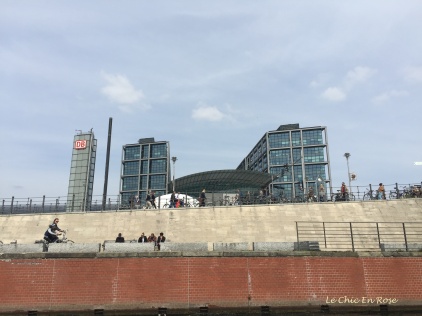 14 thoughts on “Berlin – Cruising On the River Spree” 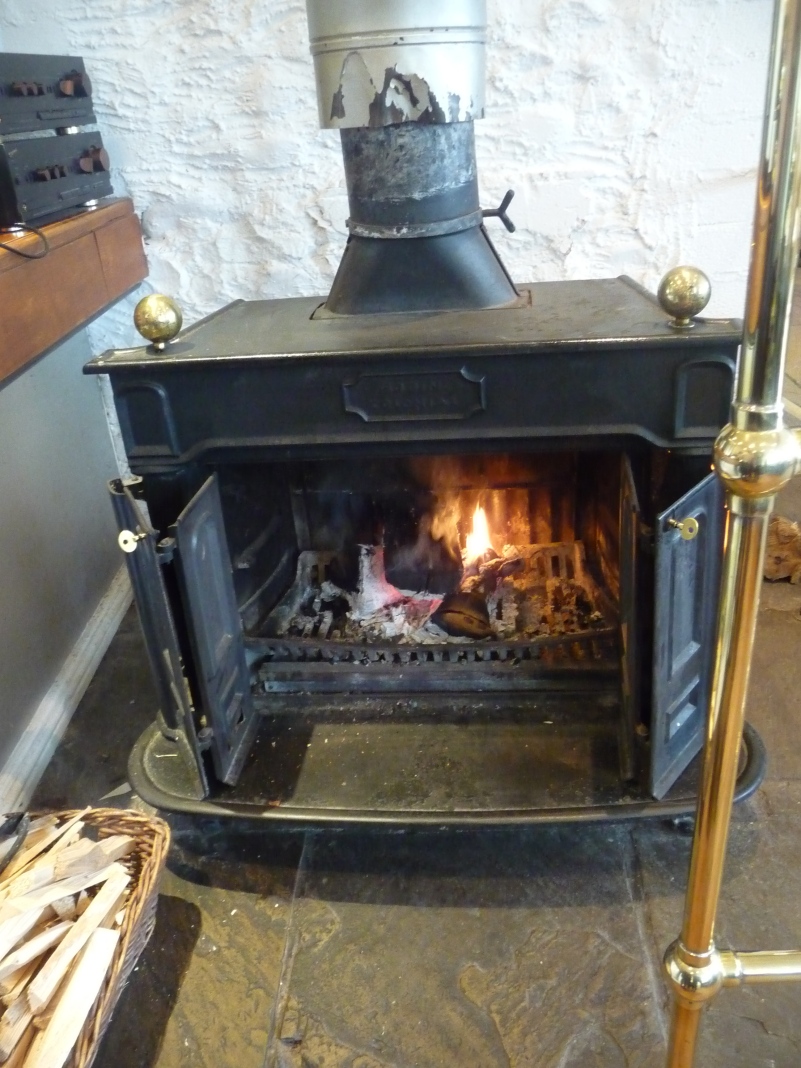 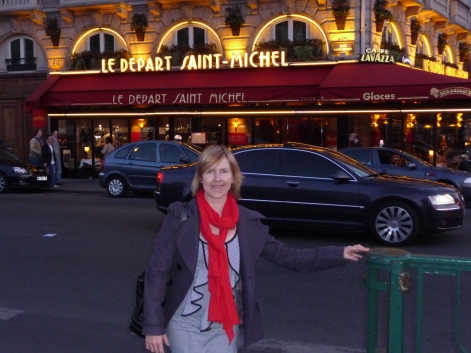 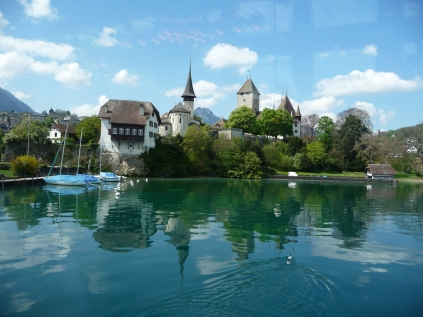 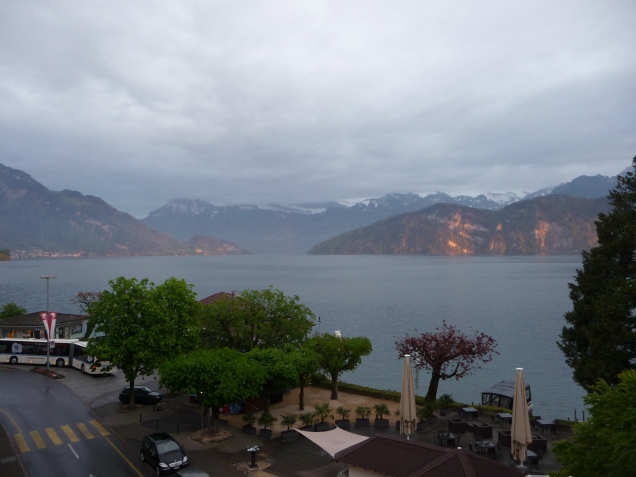